The Power of a 10-Stop ND Filter

Long exposure photography is a lot of fun. It’s a way to take otherwise boring and dull scenes and turn them into something eye-catching and beautiful.

The 10-Stop ND Filter is a favorite amongst many. It’s an ND Filter on steroids and it makes it possible to achieve shutter speeds of several minutes, or even more! It was this filter that in many ways changed my understanding of photography, and more importantly taught me to understand the essential settings.

This filter has many benefits and I want to show you some examples of how you can transform a boring scene into something interesting by using one. I’ll show you exactly how I’ve gone from a quick shutter speed to a long one and how this impacts the scene.

I captured this image outside of Trondheim earlier this year but the conditions weren’t quite as interesting as I hoped for. While there was a nice pink glow in the sky I didn’t feel the image spoke to me and it became rather boring.

Since there weren’t many clouds I knew a ND filter wouldn’t have a great impact on the sky. However, it would make the water smooth, which combined with the soft color palette would give the image a much greater atmosphere. 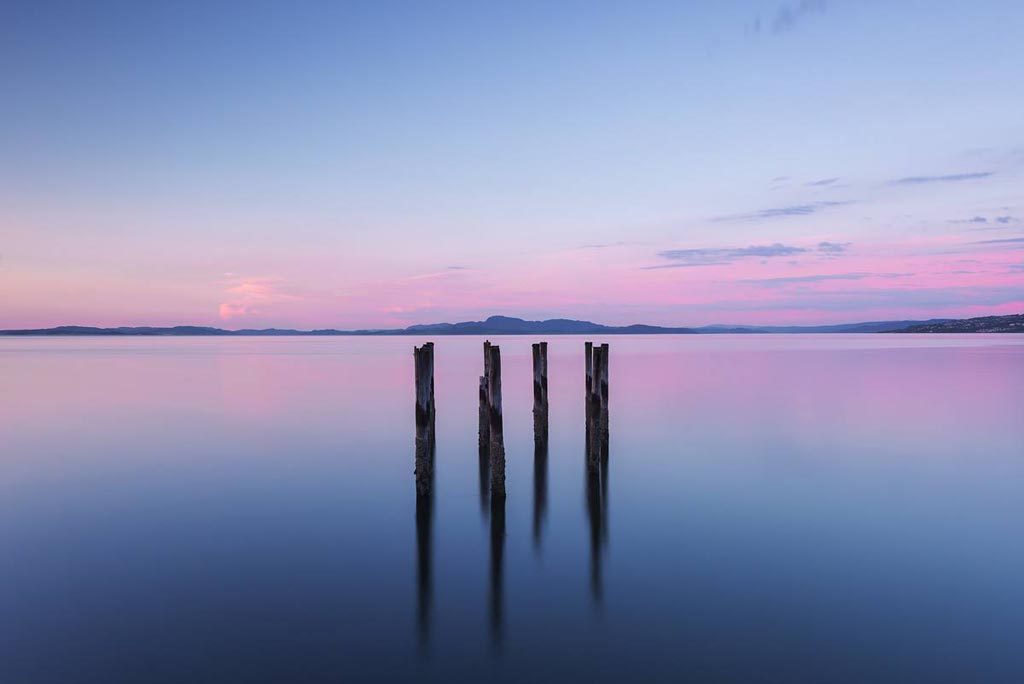 Without filters I had a shutter speed of 1/30 seconds. As you can see the image is quite ordinary and it’s most likely not one you’d look twice at. The ripples in the water do not impact the image positively and instead it’s part of the reason why the image is dark and unwelcoming, not representing the peace I experienced at the location.

When placing a NiSi circular polarizer and 10-Stop ND Filter in front of my Nikon 14-24mm f/2.8, I was able to extend the shutter speed to 30 seconds. By doing so I was able to convey the harmonic feeling I had when capturing the image and create a blissful and minimalistic photograph. 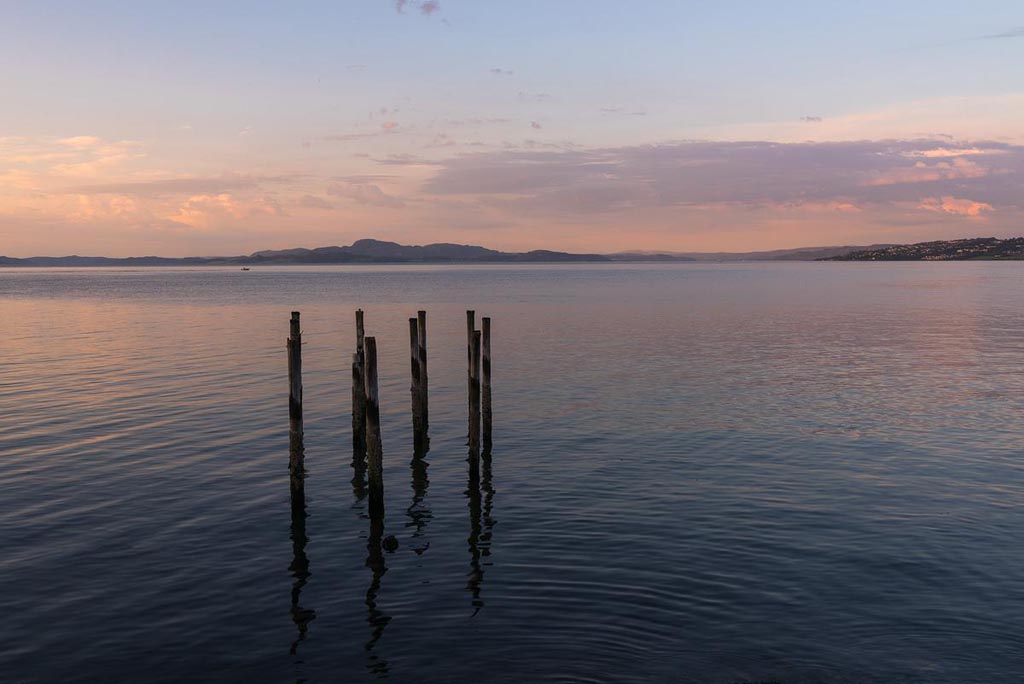 Notice that the sky hasn’t change much as there weren’t many clouds to speak of. The water, however, has completely changed and this change has made a huge difference in the image.

This just shows how it doesn’t take much to completely change an image; the 10-Stop ND Filter, when used correctly, has the power to make a dull image interesting.

The second image is of a picturesque pothole in Telemark, Norway. This image is another example of how the 10-stop ND Filter can transform a scene even when there’s no sky included. As long as there’s some elements with motion, it can make a huge difference. 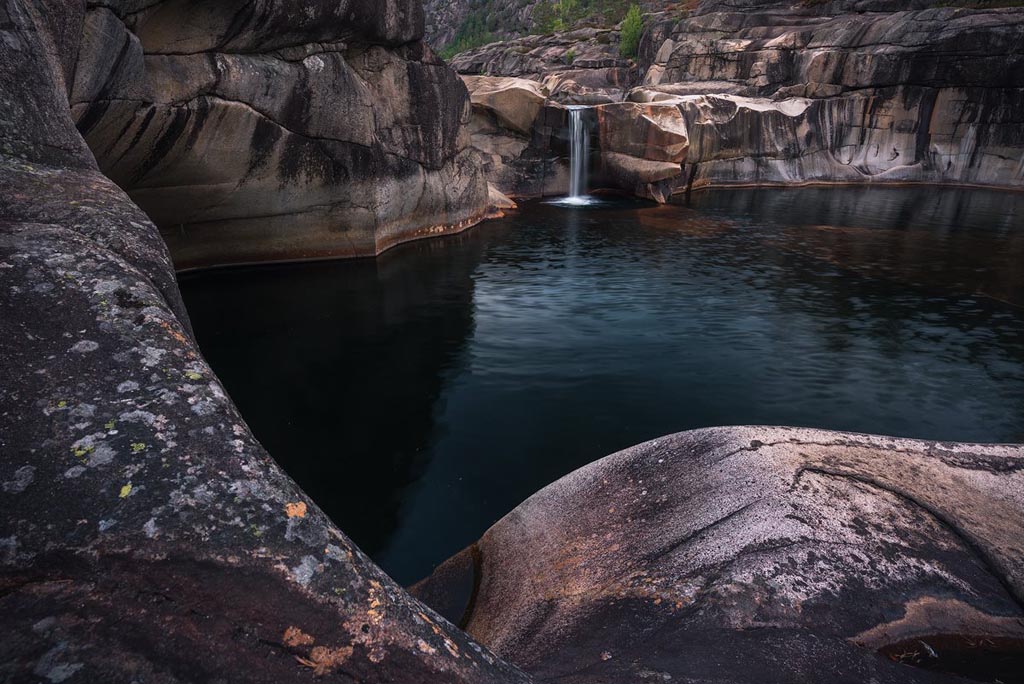 To be quite honest, I do like the original image. It shows the beautiful landscape and the shutter speed was just slow enough to create a small blur on the waterfall. However, the ripples in the water feel kind of distracting and the image isn’t quite as smooth as I envisioned it.

By placing a NiSi 10-Stop ND Filter (combined with a Circular Polarizer which I also used for the first image), I was able to extend the shutter speed to 180 seconds. This completely blurred the water and waterfall, and I was left with a much smoother image. 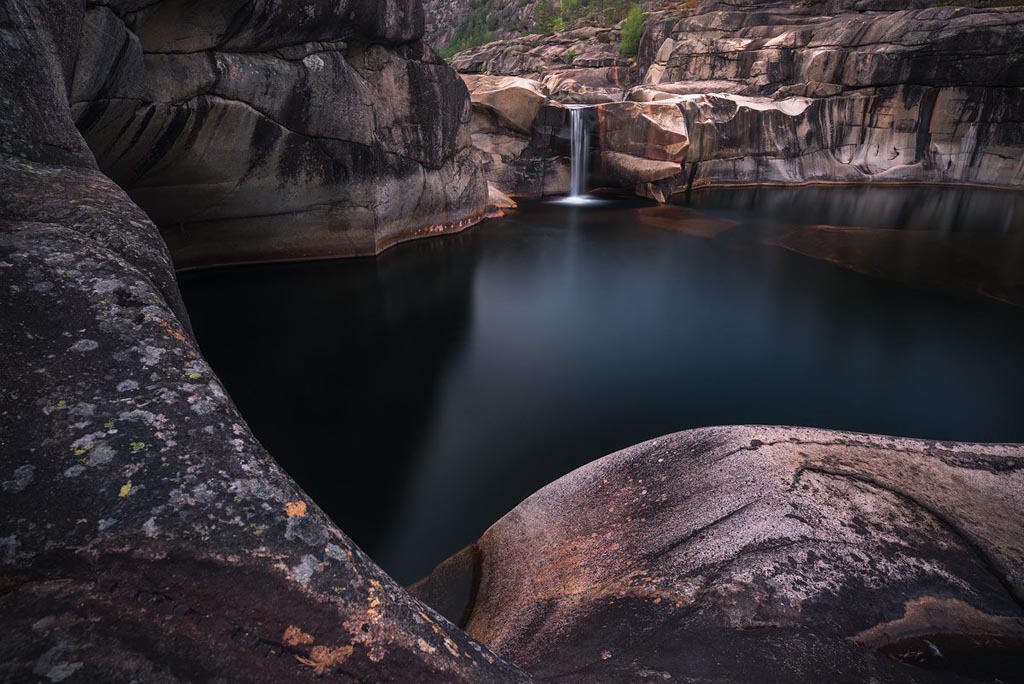 I feel that the blurred water fit better with the smooth surface of the surrounding rocks and cliffs, and it further enhances the peaceful atmosphere I wanted to convey.

The third and final image is an example of how the 10-Stop ND Filter can emphasize a specific mood. I captured this image during a stormy day in the mid-Norwegian mountains and for a few minutes before sunset the sun made its way through a small gap in the clouds.

Before using a ND Filter I wasn’t able to convey the surreal drama that was taking place in front of me. The images turned out quite ordinary but I wanted to emphasize the dark atmosphere. I could have done this by darkening the image in post-processing but I knew that it still wouldn’t represent what I wanted. 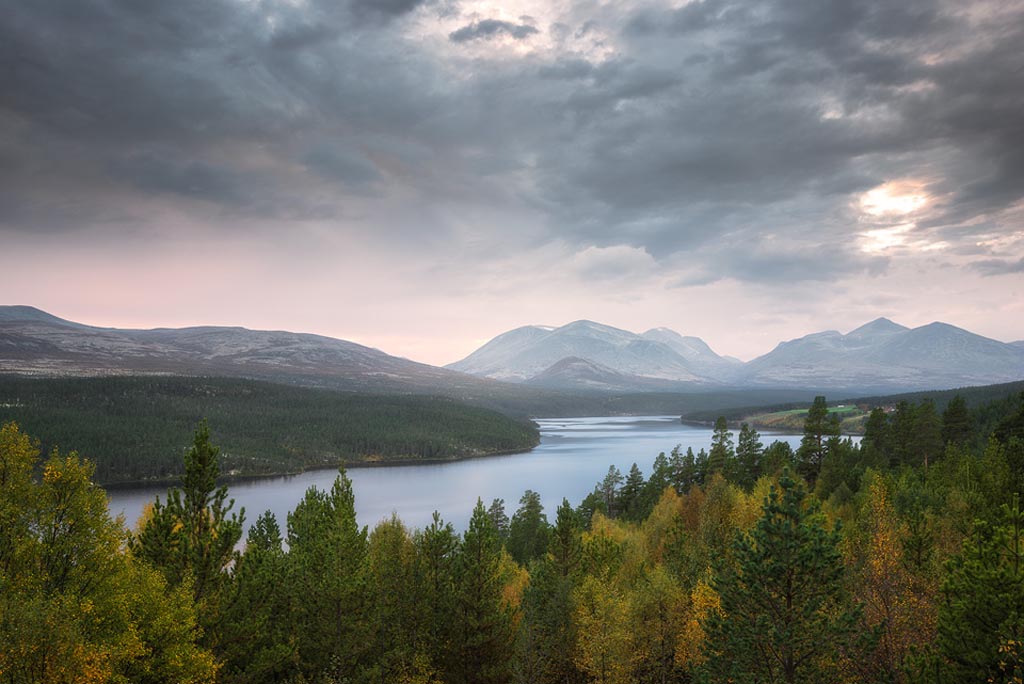 A long exposure would do a better job in telling the story and the combination of dragged clouds, smooth water and quickly changing light inspired me to grab the 10-stop. By lengthening the shutter speed to 241 seconds I was able to give life back to the image and emphasize the atmosphere and moody conditions and it gave me a better starting point for my post-processing workflow.

There’s one thing you should keep in mind, though, when using such a slow shutter speed: all motion is registered in the image. That means that it’s not only the clouds and water that will appear smooth but also elements that, for example, are moving in the wind. Zooming in 100% on the long exposure image reveals that the trees aren’t as sharp as they were in the first image, as they had some motion during the 241 seconds.

This is easy to fix, though. The best method is to merge the short shutter speed and long shutter speed images together in a software such as Photoshop, where you take the foreground from one frame and the rest from the other.